Ardabil is ancient Persian city in northwestern Iran, which has been producing handmade rugs for more than 2000 years. It is located in a very rugged and mountainous region of Iran. Ardabil is perhaps as ancient in rug weaving tradition as is the entire rug history. Going back as far as the early Islamic era, Ardabil and surrounding area have been involved in making Hand woven and hand knotted rugs. It may not be an exaggeration to claim that the most valuable hand knotted rugs that has survived is An Ardabil rug.

Ardabil is also a region that perhaps has the most diverse varieties of Persian hand knotted rugs ranging from Flat woven Jajim, Kilim and many different types of Pile wave rugs in numerous qualities of weave, designs and colors.

Ardabil rugs are beautiful tribal pieces, which usually have the quality of city rugs. Although this historic city is of Persian origin, there has been great Turkish influence on the culture because of its location. The rugs of Ardabil usually have the famous Herati (Mahi) design, which consists of a central diamond medallion and small fish throughout. This design is perhaps one of the most elegant and desired in the industry, and can be seen in many other rug weaving districts of Iran, such as Bidjar or Tabriz. An allover pattern may also be seen in an Ardabil in rare cases. More than often, Ardabil weavers will incorporate a lot of silk into the woolen pile to accentuate some highlights in the pattern. One characteristic that the rugs of Ardabil have is their great intricacy. Sometimes it is hard to believe they are tribal carpets made in harsh primitive conditions. A gorgeous Persian rug of exceptional quality and excellent material, the Ardabil is a beautiful and intelligent additio to any home.

Geography and History of Ardabil Rugs

This ancient region of Iran is very renowned for rug weaving. It has a rich history that dates back a long time. Here, in these rugged and mountainous conditions, much like many other parts of Iran, almost all the men and women have the talent and skill to weave high quality carpets by hand, with no use of modern technology whatsoever. In some cases, rug weaving is the family's main source of income. They trade the rugs in nearby cities with local merchants for staples and necessities of the home. A few regions and towns that are included in this Turkish region of Iran are Ardabil, Bakhshaish, Gharajeh, Goravan, Heriz, Mehraban, Sarab, and Shahsavan. Their weaving style originates partly from Mongols who invaded Iran in the 13th century, and settled the northwest. This historic region of Iran and some parts of Turkey and Uzbekistan have really been significant in the forming of the present day carpet industry. Carpet weaving has long been a custom of theirs and they continue to weave them everyday.

The province of Ardabil is located in the northwest of Iran with 17053 square kilometers of stretched land. On the north Ardabil has the Aras River, and east bordering with the breathtaking green mountains of Talesh which separates Ardabil from the province of Gilan. On the north east Ardabil is a neighbor with the Country of Azerbaijan which was grabbed from Iran by the Russians. At the time Ardabil itself was considered to be part of the larger province of Azerbaijan which included the eastern Azerbaijan and what is not an independent country of Azerbaijan. In the south of Ardabil have the city of Khalkhal and its vicinity which borders the Province of Zanjan another province. Khalkhal itself is mostly famous for its flat woven rugs.

One of the most beautiful and most valuable rugs in the world is believed to be woven in Ardabil and is known with the name “Ardabil rug” it is currently kept in a London museum and is considered priceless.

Rugman.com is offering a very good selection of Ardabil hand knotted rugs for very affordable prices. Shop at Rugman and buy rug that are coming to you with no middleman.

Weavers of these regions usually use their own symmetrical Turkish double knotting style, which tends to be dense and tightly packed down. The asymmetrical Persian knot can also be seen in cities such as Ardabil. The pile of these rugs is thick lustrous wool, handspun from local sheep. Cotton is the material of choice for the foundation because it is very strong. However, goat hair can also be seen in some Turkish tribal carpets. In a few regions such as Ardabil, silk is blended in with the wool pile to produce a gorgeous rug. Natural vegetable and root dyes are mainly used for the coloring of the rugs. These rugs are generally very sturdy and hardwearing and they still use the brilliant weaving techniques that they used thousands of years ago.

Ardabil has a unique geography which is the best environment for producing best quality of wool. Green pastures, fine mild climate with the clean air of the mountains of Zagros and Sabalan with a lot of water any rivers and thousands of natural springs is what exactly is need to produce good quality wool. Although not a huge quantities, the province of Ardabil is also one of the place in Persia that is producing its own silk, which is of the highest quality available in the world, just enough to be used in rugs that are woven in Ardabil and Tabriz rugs.

The tradition of the Ardabil is different from many other parts of the world including the Persia itself. In Ardabil and Tabriz areas farmers give constant bath to sheep in lakes and rivers. This keeps the sheep healthy and results in very high quality wool that is hardly available anywhere else. That’s why the Ardabil wool is very clean and pure white.

Ardabil rugs have been influenced by the architectural designs of the region. Known for its architectural marvels from the Safavid Empire era, with architectural monuments all over the city and surrounding areas, and as the birth place of the Safavid dynasty Ardabil has established a big name in its architecture. There are well documented records that when the Safavids rose to power, the moved architects and rug weavers from Ardabil and Tabriz to Isfahan to boast their imposing glory against that of the Ottoman empire which controlled most the Islamic world at the time.

There are many elements from the Islamic architecture in Ardabil rugs that is borrowed from the architectural designs. Some of these elements have influenced the Isfahan carpets too. Among most admired patterns are reflections of the inner designs of the domes in mosques and palaces. Even today Ardabil is one of the few places in Iran that still has its own authentic architectural identity which is increasingly disappearing from the county by the grown modern high rises. The Islimi, khataei and Shah-Abbasi designs that are found in Most Ardabil, Tabriz and Isfahan Carpets may have been inspired by the same motifs that can be found in different parts of the Sheikh Safi Mausoleum in Ardabil who is the founding father of Safaviyyeh movement that brought the Safavid dynasty to power.

Ardabil has a cold climate and long winters, most people are involved in agricultural and farming during the spring and summer and in cold winters they are busy with weaving rugs and carpets that is produced from their sheep. Initially villagers made these rugs for their own personal use and gradually it became a commodity to trade and sell to other people in the cities in order to earn a living for the cold seasons that did not produce any agricultural products.

After the demise of the Safavid Empire, the fine rug production in Ardabil faced a downfall and until 1310 most cities around Ardabil were producing affordable runners and smaller handmade carpets. Ardabil runners were mostly produced in Serap or Sarab as is spelled in Persian. Before the world war II the carpet weaving faced another decline in the area and most weavers moved to other cities such as Arak and got involved in weaving Sarouk rugs in Arak.

Because during the Safavid era the present country of Azerbaijan and most of the Caucuses were part of the Persian empire and there was a close link between Ardabil and caucuses, the rug weaving tradition in these tow placed hand a significant influence on each other and thus Ardabil also makes rugs with Caucus designs which are normally geometric. This design is very dominant in Ardabil runners.

Some of the most famous Ardabil rugs are produced by the tribe of Shahsevan. The weave rugs ranging from the 30 raj to 80 raj which is of the highest quality rugs that are produced in and around the Tabriz and Ardabil. Raj is measuring system for the count of knots per every 6.5 or 7 centimeter and an 80 raj rug would have approximately over 1000 knots per square inch.

The material used in Ardabil rugs is normally wool for the pile and cotton for the foundation of the rugs. An average rug would take about %80 wool and %20 cotton. Combination of the wool and cotton is perhaps the best combination in carpet. Cotton made a very strong foundation and wool make a very soft and durable outer look. Wool is also one of the best materials for durable dye.

The tribal weavers in Ardabil normally weave hand knotted rugs with no previous plan and often woman weavers the have the plan in their mind and they might decide to make sudden shift in the design and improvise and come up with something totally different from what it started. 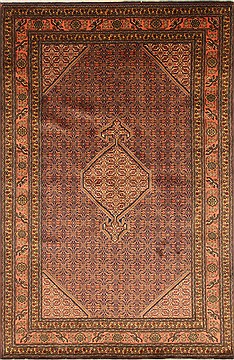 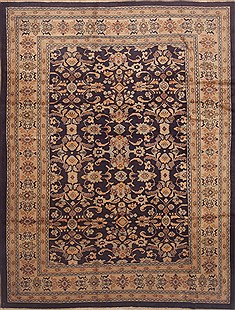 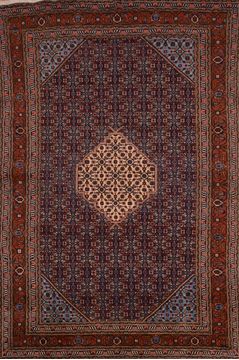 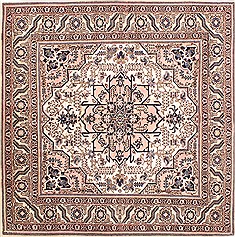 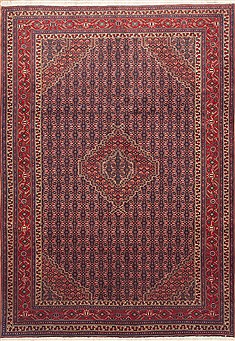 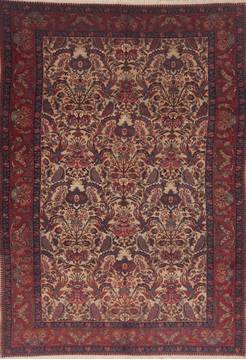 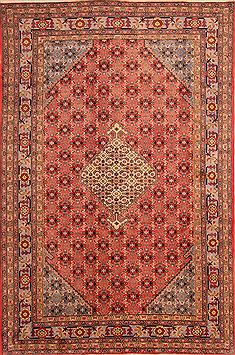 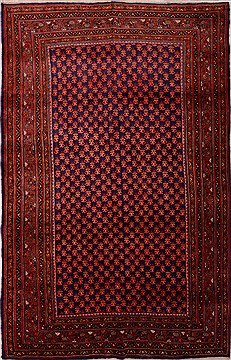 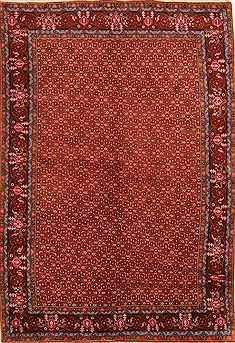 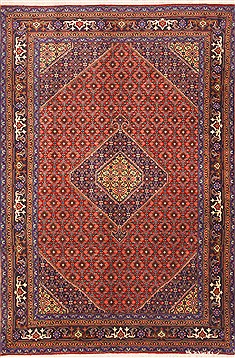 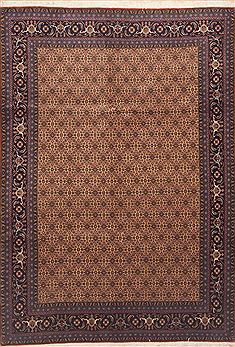 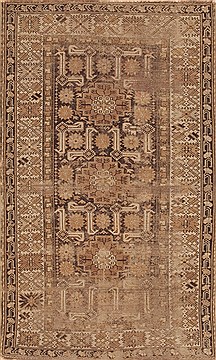 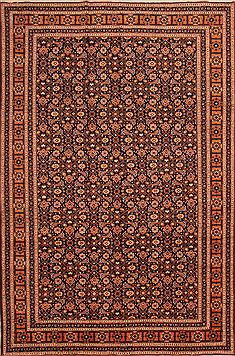 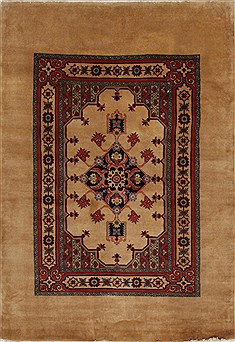 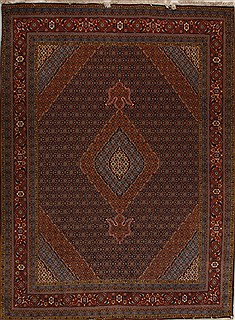 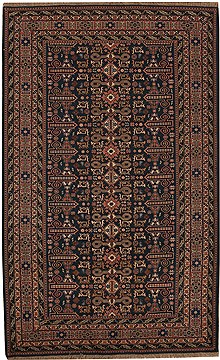 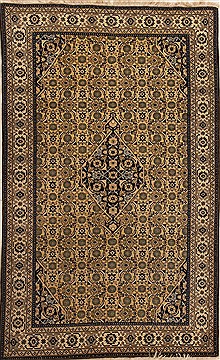