Kelardasht is a district in the northern province of Iran known as Zanjan, which means 'dear wife'. It produces many beautiful Persian tribal rugs, which are all handmade by nomadic Persian tribes living in the north. The colors of these rugs are usually very bright and lively. The quality is very good and the rugs have proved to last a long time. An authentic Kelardasht Persian rug is an ideal way to add something exotic to a room which could use some flavor.

The Northern part of Iran, including the provinces of Gilan, Zanjan, and Mazandaran is very rich in history. There are some strong traces of Turkish and Kurdish influence seen in these nomadic and/or semi-nomadic people, but they are mostly of Persian origin. Turkish and Mogul tribes who are descendants of the Mongolians (led by Chengis Khan) who invaded the country in the 13th century have been living in this region for many centuries. The province of Zanjan has a higher Kurdish population and Gilan has a higher Persian nomadic population. These peaceful people are documented to have been weaving rugs for over 3000 years. They have a migratory lifestyle and almost all the women, along with most of the men, have the incredible talent of rug weaving. In some cases, the rug weaving is the family's main source of income. These provinces of Iran continued to weave rugs even in the harshest conditions and they kept this truly magnificent art alive as much as they could.

The people of the northern regions of Iran have a long history of weaving durable rugs. The tribal pieces made here are always wool pile. The foundation of the rugs can either be cotton or goat hair. The coloring is mainly done with the use of natural vegetable dyes. The Persian asymmetrical knot is used much more often than the symmetrical Turkish double knot. The Persian knot is always more precise and much finer. The construction of these rugs is very difficult for these people because they live nomadically, far away from the conveniences of modern technology. They make their own looms, which are placed horizantally on the ground, and easily dismantled and transportable. The pile is usually thick and soft. A very durable floor piece, the rugs of northern Iran last a very long time. 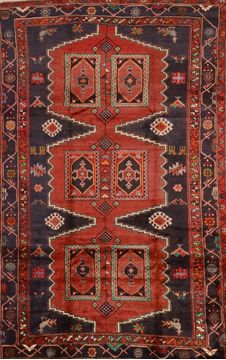 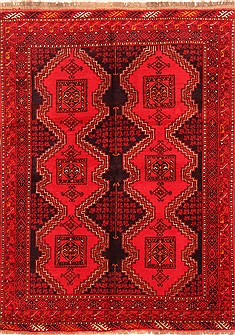 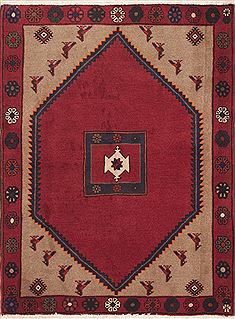 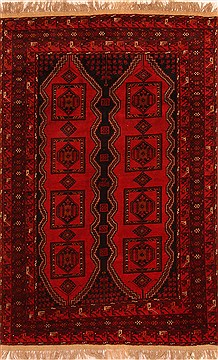 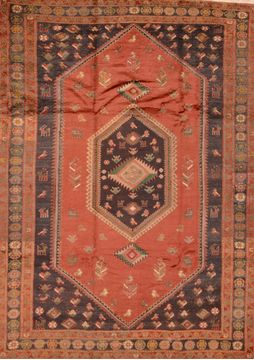 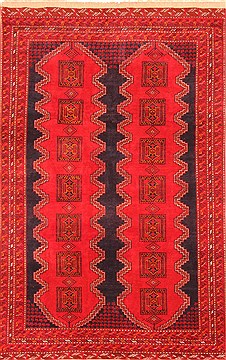