Gholtogh rugs are hand-woven Persian tribal carpets made in the Kurdish nomadic districts of Northwestern Iran in Zanjan province. The bright colors and geometric shapes are typical of tribal weaving from this area of Iran. A rug such as this takes a nomadic woman, sometimes working with her daughter, several months of concentrated weaving to complete on a crude loom on the ground outside the family tent. Most rugs woven by tribal people are intended for their own use as floor coverings or sleeping mats. Sometimes, they are put away as security for a day when it may be necessary to trade them in at nearby villages or cities for more practical goods. A true and timeless treasure, this beautiful rug will last a very long time and it's elegance will only increase with age.

Kurdish carpets are woven throughout western Iran, in and around the rugged mountainous region of Kurdistan. The Kurds derive from the ancient nomadic peoples that roamed the area thousands of years ago. They live a semi-nomadic life, either in villages or in moving tribes away from the cities, where they can still carry out their old traditions and live as they did thousands of years ago. A few of the Kurdish tribes of the western regions include the Herki, Senjabi, Gurani, Jaffid, and Kalhors. A few major Kurdish rug-producing centers are Senneh, Bidjar, and the district of Khamseh. Some other Kurdish villages and districts that produce rugs are Borchelu, Gholtogh, Khoy, Koliai, Lilihan, Mosul, Nanadj, Sonqor, Touserkan, and Zagheh. As you can see, the Kurds are well established, and historic semi-nomadic and/or nomadic peoples of Iran who date back thousands of years. Many other major rug producing centers of Iran, such as Hamadan, Lorestan, or even Arak show obvious traces of Kurdish influence. Sometimes they incorporate the style and techniques of the Turkish people of Iran, who are also very widespread. The Kurds are a very peaceful and gentle group who prefer their simple nomadic lives to the complexities and frustrations of the modern technological world.

Kurdish rugs, like all other Persian rugs are all 100% handmade. They are made of pure wool which is spun from the weaver's own sheep. In very rare cases you might find a carpet that has silk in the pile, and you will often see the foundation of Kurdish rugs being made of goat hair. The pile however, is always wool. The weaving quality in Kurdish rugs varies from loose to dense knotting and the Persian asymmetrical knot is used more than the Turkish symmetrical knot. The colors are attained mainly from natural vegetable dyes. The color schemes of most Kurdish rugs are bright and vibrant. Unlike most people in the western world who like faded and muted colors, the Kurds love bright lively colors. These exciting rugs bring life to these simple people's dull homes. All Kurdish rugs are rugged and long lasting as they have proved to be for thousands of years. 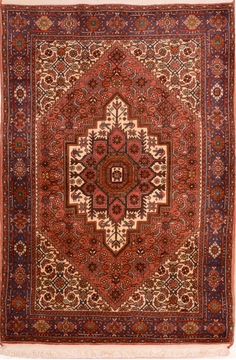 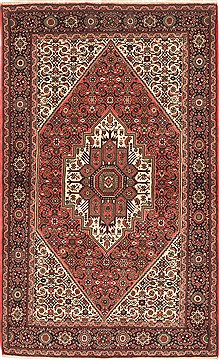 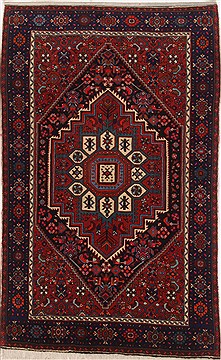