Botemir rugs are made within or in the surrounding area of Hamedan, which sits at about 6500 feet above sea level in Northwestern Iran. They area named after their unique design. The principal element in this type of rug is the ´Boteh´ motif. This is an ancient highly stylized shape resembling a cluster of leaves. Botemirs are usually arranged in rows, alternating their direction with each row. This design is more than often incorporated in the famous Bakhtiari rugs.

Arak,formerly known as Sultanabad, is an important rug producing city in Iran. Arak is located in the province of Markaz in the north-west of Iran, just south of the province of Zanjan. The towns of Ferahan, Lylyan and Mahallat, as well as some of the more prominent neighbouring towns are Jozan, Malayer, Meshkabad, Mirabad, Sarough, Seraband, with many small Kurdish villages, encompass Arak. All the rugs produced in these areas are marketed in Arak. Strong Kurdish influences can be seen on the weaving style, as well as traces of Turkish ancestry. Ziegler’s, a Machester firm, opened its first office in Arak in 1883, originally as an importer. After realizing the international potential, they started a rug factory in Arak to create exports for Europe and the USA. By the 20th century, over 2500 looms were estimated to be under control of Ziegler in Arak. The Mahallat produces very high quality Mahals, and Sarough produces exquisite pieces. Lylyans have a tribal look to them which is typical from smaller rug producing villages. Ferahans and Serabands are distinguishable by their high quality weave and rich history. Mirabad also produces rugs of high quality known as Mir. The pile, typically vegetable dyed wool, is hand-spun from the weaver’s own sheep, and woven using the Persian asymmetrical knot. Silk is rare in modern pieces, but more common in older rugs. A wool-silk combination is used on occasion. The foundations are typically cotton, and sometimes goat hair. 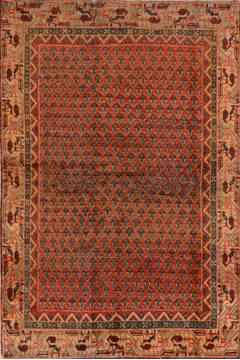 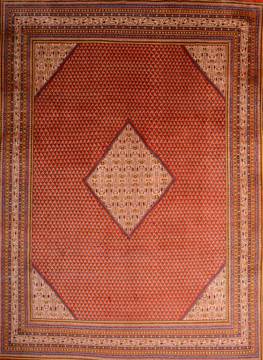 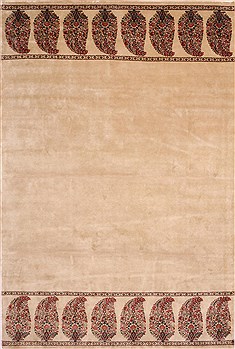 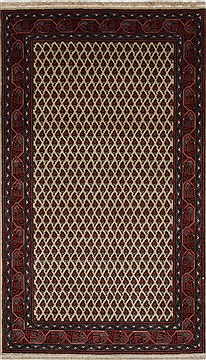