Birjand is a small town in north eastern Iran's Khorassan province. Birjand rugs typically have a very elegant pattern, similar to Herati but with a European look. These usually have a stylized round central medallion sitting in a open field of small fish on a sea of beige. The repeated borders resemble those of the Mahi, but the Birjand is more curvilinear. Overall, very intricate and detailed. Color schemes include beige and navy blue, with hints of burgundy and salmon.

History and Constractions of Birjand Rugs

The province  of Khorassan is the biggest in Iran, stretching across the north-east of the country. The capital city is Mashad, where most rugs of the area come to market. Some other rug-producing centers in this region are Kashmar (Turshis), Moud, Sabzevar, Ghain, and Birjand, most of which are situated very close to Mashad. The king, Shah Abbas, would regularly seize and destroy badly woven carpets, and those with inferior coloring techniques, to guarantee the highest standards of this ancient art. In 1722 there was an Afghani invasion into Iran which left the country in a state of political confusion, and the rug industry in a state of disrepair, especially in well-established areas such as Mashad. Fortunately Khorassan was able to restart the rug industry, as the Royal court of Iran did much to help. Many Baluch-style rugs are also woven by Baluchi nomads who inhabit areas in the south. There are many grades of hand-made rugs produced in this vast province, but those woven inside the cities are usually of a finer quality than those woven by nomads. Although the nomads were the first to weave rugs for their own use, cities adopted and refined their talents. Almost every color can be seen, and all have a pile of wool on a foundation of cotton. In extremely rare, older cases, silk may be seen. The wool however is unusually lustrous and soft, and patterns include the historic pictorials (Persepolis, etc.) uniqe to Khorasan. 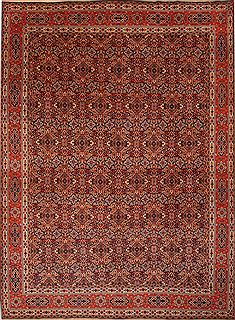 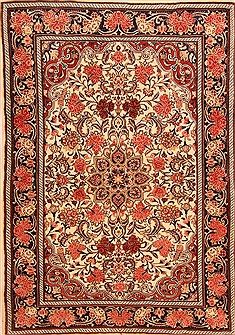 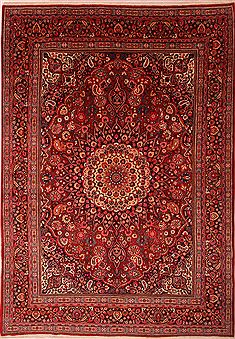 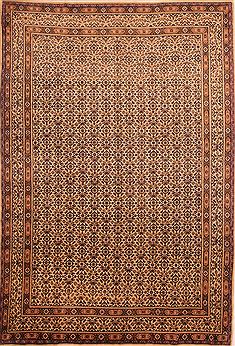 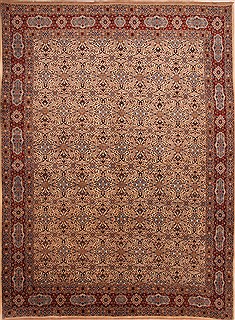 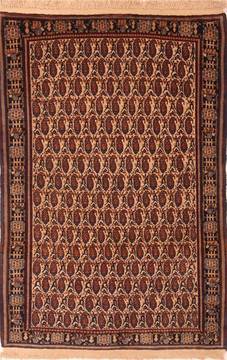 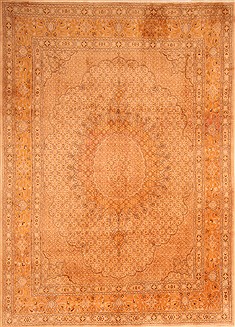 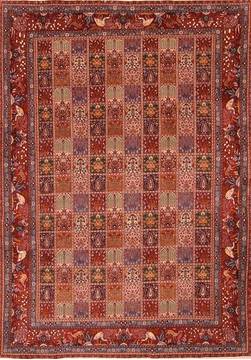 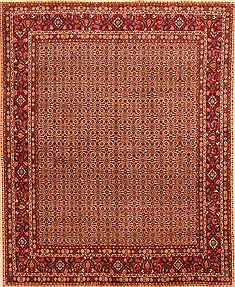 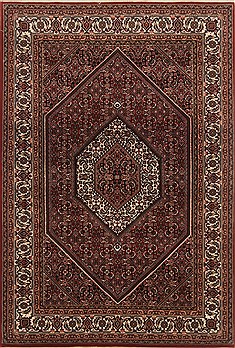